To have a different approach in discussing Air conditioning in Molendinar, we have decided to steer away from the usual hard-selling and tedious attempts to persuade you why ours is better than others, but in reality, are all the same brands. Instead, we will focus on the location where this will all happen. A place close to our hearts. Let’s talk about Molendinar.

Dubbed as a “Hidden Gem”, Molendinar suburb is one of those that many people don’t even know it’s there. It’s nestled away but is near the Griffith Uni and GC University Hospital. It also has easy access to the M1 Motorway, making it very accessible. It is around the corner from Trinity Lutheran College, a Private school and close to Aquinas College, Guardian Angels Catholic School, and Ashmore State School. We can say that there is no shortage of schools in the area.

The suburb also has a lovely family environment with parks and walking tracks around the area. It is very commuter-friendly, with a bus stop within walking distance and a tram about 20 minutes walk away will take you directly to Helensvale train station or Broadbeach Pacific Fair Shopping Centre and Surfers Paradise. It is 10  minutes to the beach and right in the middle of the shopping centres, making it super convenient.

Additionally, Sharks Fitness centre and other fitness locations and other conveniences like medical centres are in the vicinity, providing all the communities needs, genuinely living up to its name as a hidden gem waiting to be unearthed.

A charming and progressive suburb with properties starting to appreciate and increase in value. Your homes deserve only the highest level of quality, just like what we see in the metro. We must consider the value of our location when shopping for Molendinar Air Conditioning.

In working with the central and most vital installation in your premises responsible for providing a comfortable environment. Comfort that can be compromised if not done right, considering the region’s extreme weather. We should ensure that this is done correctly the first time.

Go with the one who truly Cares. Asset Aircon & Elec is a trusted, reliable, and customer-oriented Molendinar Air conditioning Services providing the complete package from Air conditioning supply & installation, maintenance, and repairs and spare parts. We offer all major and globally recognized brands. 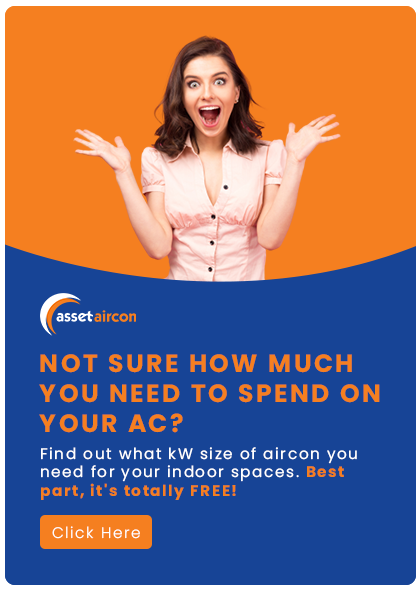